Charles was born into a world where he has never had to do anything for himself. And so a future King with all the responsibilities and power that entails is stuck with Peter Pan Syndrome. His shoelaces are pressed flat with an iron, ‘the bath plug has to be in a certain position and the water temperature has to be just tepid’. Charles even called his butler from another room to hand him an item mere feet away. According to ‘Rebel Prince’ by Tom Bower, he once ‘shrieked’ at the sight of an unknown plastic substance covering his dinner, only to be told ‘it’s cling film, darling’ by Camilla. He has more than 120 staff, including 3 footmen to escort visitors to his office ‘each responsible for a short segment of corridor’, 4 valets to help him change clothes, 4 gardeners. All paid for by the long-suffering British taxpayer.

And with all this, the stuff of more than a few people’s dreams, to be waited on hand and foot (literally), even with all this, the level of pampering and entitlement he was brought up with keeps him petulantly frustrated with his lot: ‘Even my office is not the right temperature. Why do I have to put up with this? It makes my life so unbearable’. Bless his little cotton socks. We all have a cross to bear, I suppose. A friend of his called him ‘an Olympian whinger’. In 2004 he said ‘nobody knows what utter hell it is to be Prince of Wales’. He even brings his own toilet seat with him when he travels, the little fusspot.

Other worries Charles works himself up over are: the greater popularity of his sons, his future portrait on coins, and the Mint suggesting preparation for King William coins as well – Charles thought that was a bit too close to the bone. Charles once allegedly ‘screamed’ at David Cameron over Boris Johnson’s proposal to bring control of the Royal parks under the Greater London Authority. This is not a calm, self-assured man, secure in his position. This is a spoilt septuagenarian brat. It wouldn’t surprise me if he still needed his binkie. 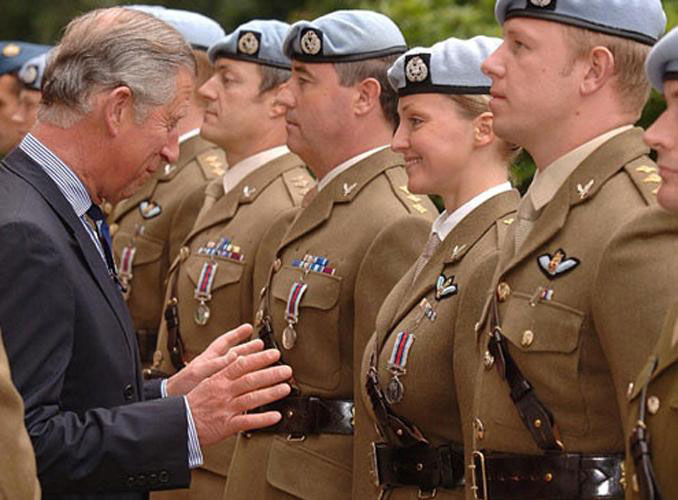 Some of his outbursts betray a more sinister side: nostalgia for the white supremacist British Empire. When flying club class to Hongkong on a chartered plane (heaven forfend!), he whined: ‘this was not first class (!) although it puzzled me as to why the seat seemed so uncomfortable. Such is the end of Empire’. His nostalgia for a time when certain kinds of people ‘knew their place’ was also evident when he encountered a Mancunian woman (with Guyanese roots). Charles asked her where she was from, she told him ‘Manchester’, to which he scoffed ‘well you don’t look like it!’. The woman, Anita Sethi, described her feelings turning from ‘shock to humiliation to rage’.

This callousness is a typical trait among the Royals, and is drummed into them from an early age. When he was 5 he had to wait 6 months while his mother and father left the country. When they returned his mother didn’t bother to see him for almost a week, preferring a day at the races. And when, finally, she was ready, he had to wait in line and receive a formal handshake instead of any remote sign of affection or care. This is the world Charles was born into. Where you have to bow or curtsy to those members of the family higher in the pecking order, even in private. And that hierarchy is based on supposed genetic superiority determined by how close to the Royal bloodline you are. Affection is unknown. Philip described the Royal parenting method thus: ‘Holidays are curious things, aren’t they? You send children to school to get them out of your hair. Then they come back and make life difficult for parents. That is why holidays are set so they are just about the limit of your endurance’. Is it any surprise that Charles turned out to be such an out-and-out weirdo, blurting out how he wished he could live inside Camilla Parker Bowles’s trousers as a tampon? Of all the strange fantasies the imagination can concoct, this has to be evidence of a feverishly disturbed mind.

Charles was 2017’s ‘hardest-working Royal’, which is like being the most philanthropic thief or having the most aromatic halitosis. Nor does he have any concept of thrift, according to one biography, he once used the royal train to visit a pub, costing £18,916. I mean, why bother making the pennies count when you have an endless supply of other people’s money flowing into your coffers.

We should also be concerned about the company he likes to keep. Charles was intimate friends with Jimmy Savile for many years, when Savile’s predilections were an open secret in his circles. Savile would read his speeches and offer thoughts, and a friend of the Prince’s claimed Savile gave him marriage guidance. 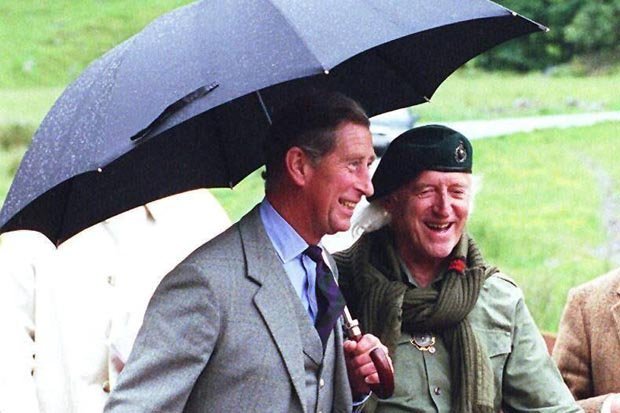 To give an example of how dangerous this sort of influence is: at Highgrove, health officials were ‘gobsmacked’ to find Savile at their meeting with the Prince, who stayed after Charles left, to berate the health officials and warn them that making Charles unhappy would cost them a knighthood.

Charles was close friends with another paedophile – Bishop Peter Ball. Charles gave him ‘small gifts of money’ even after the clergyman accepted a police caution for gross indecency in 1993. Charles claims he didn’t realise he was a sexual predator until he was convicted of sexual offences against 18 young men in 2015 (despite the prior caution, easily discovered when MI5 personally has your back). One of the bishop’s victims committed suicide in 2012 after hearing the case had been reopened. We don’t even need to mention his own brother – best friend of convicted paedophile, Jeffrey Epstein and how their mother spent £12 million protecting him from justice. 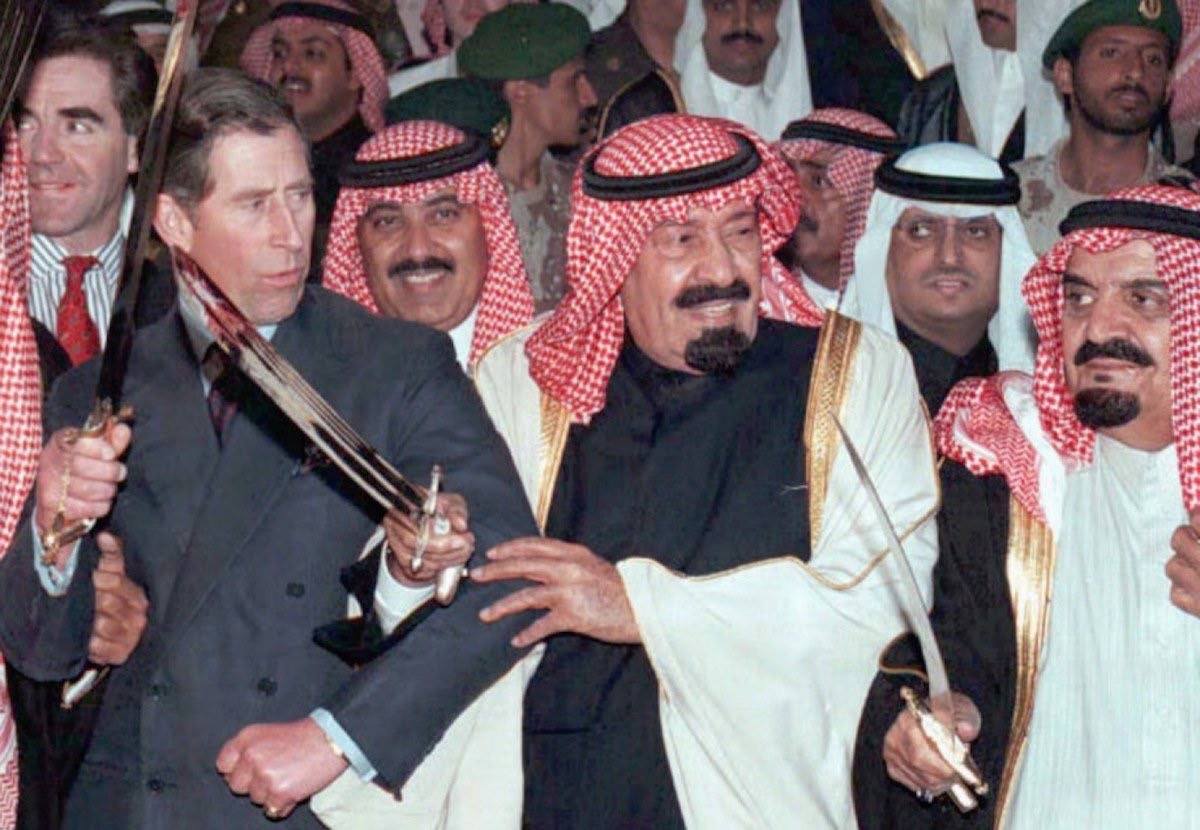 Charles’s other friends include an array of Sandhurst-trained dictators of the Middle East. He once flew in to Riyadh to take part in a traditional sword dance with Saudi princes – a place where swords are still used to administer executions for things like atheism and homosexuality. In contrast, Charles once disparagingly compared Vladimir Putin to Hitler – you would think that’d be a compliment in Charles’s eyes, given his parents’ and grandparents’ notable sympathies for Nazism (his father, 3 of whose sisters married high-ranking Nazis, was still banging on about how ‘attractive’ Nazism had been in 2006). 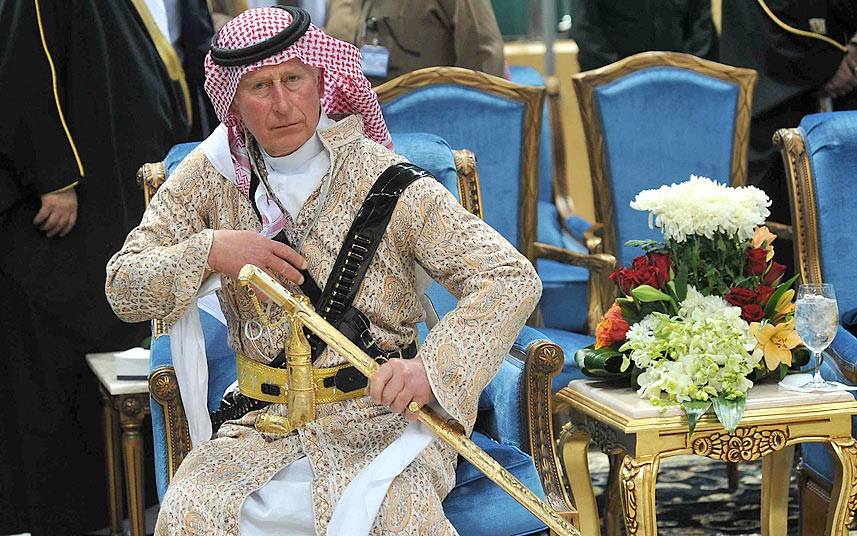 The anti-democratic nature of Charles’s role is not well enough known. The media uniformly seek to downplay the extent of Charles’s power, but even prior to ascending to the throne he has held substantial sway on British politics. His personal consent is necessary for legislation that affects ‘hereditary revenues, personal property or other interests’ of his Duchy. In recent years the government has gone begging for his and the Queen’s consent on issues such as the London Olympics, shipwrecks, higher education, paternity pay, ID cards, and civil partnerships. 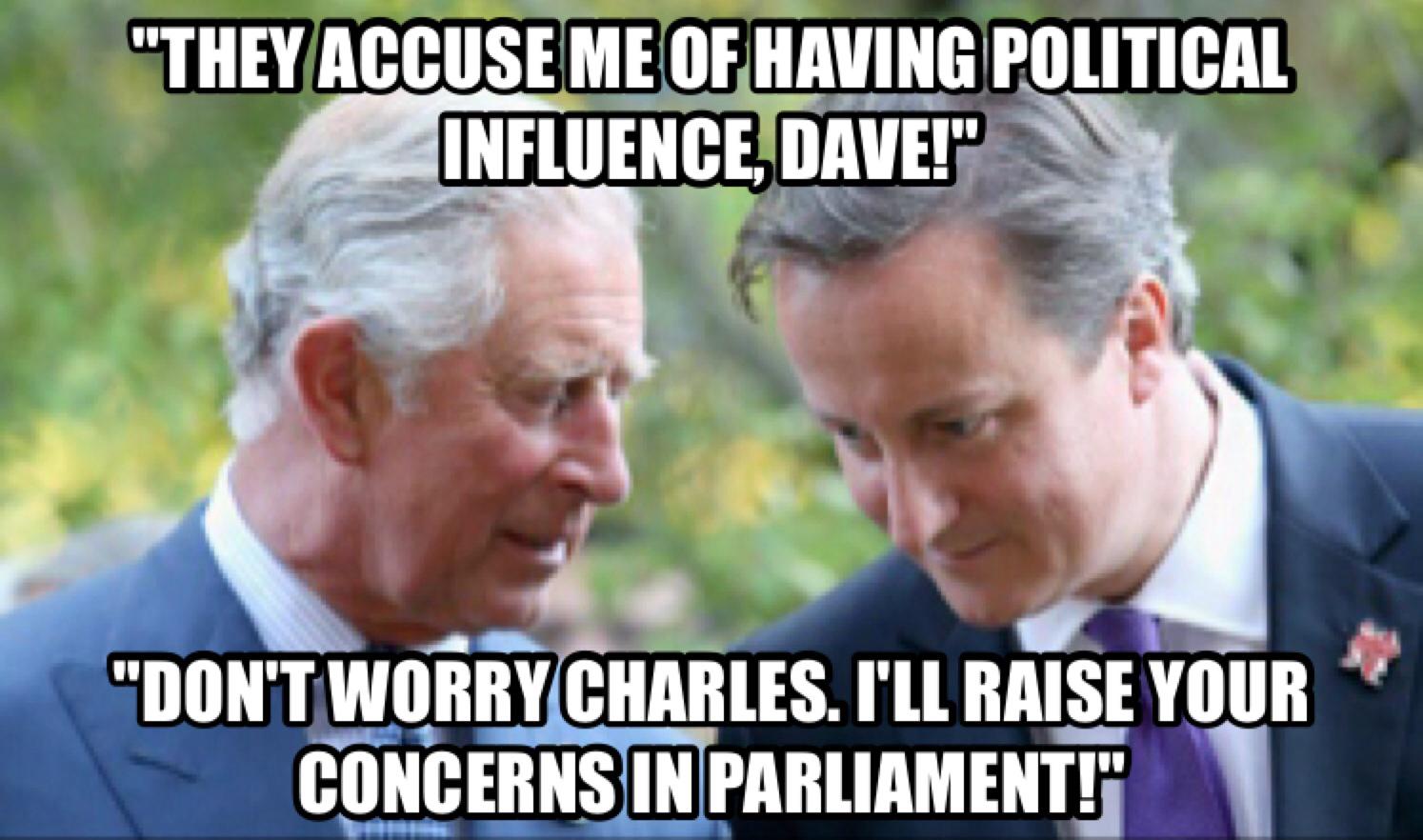 This power of consent (different to the Royal Assent), has a knock-on effect allowing Charles and Elizabeth to wield influence on issues outside of their official remit. It could well be used as a quid pro quo i.e. they won’t cause a fuss on these pieces of legislation, as long as they get their way on others.

Moreover, Charles has been receiving confidential Cabinet papers for decades. He is sent all Cabinet memoranda. This gives him the opportunity to intercept ministers before they even get to parliament. It also means that when he lobbies through legal channels he is inordinately informed on matters which gives him an unfair advantage over other lobbyists. Charles has regular private meetings with both junior and Cabinet ministers. David Cameron met him just 2 months after becoming Prime Minister, and continued to meet him at least a couple of times a year.

Then there’s the question of transparency and accountability: there is none. The Guardian had a decade-long legal battle with the government to release some of Charles’s Black Spider Memos. The Scottish government refused outright to release letters from Charles in which he apparently lobbied them on behalf of charity, Teach First, who were to bid for contracts worth millions.

This is important because the Royals are major business investors and thus have interests that are directly impacted by government action. In 2007 he suddenly began lobbying for changes to the Kyoto Protocol and the EU’s emissions trading system policy towards forestry. He launched the Prince’s Rainforest Project and a video which called for new ways of supporting rainforests. Where did this sudden concern for rainforests come from? BBC’s Panorama was unable to find evidence of prior concern about this specific issue. Leaks from the Paradise Papers showed Charles had invested only a month earlier in a friend’s company, who was also director of Sustainable Forestry Management, which invests in land to protect it from deforestation. The Guardian reports that the Sustainable Forestry Management board were sworn to secrecy about the Prince’s involvement and financial interests.

Moreover, Charles made persistent demands of Tony Blair and his Labour ministers. Demands included: better equipment for imperialist troops destroying Iraq, funding for unproven and potentially harmful healthcare, demand for a badger cull and support for fox hunting, which Charles tried to convince Blair was ‘romantic’, ‘genuinely environmentally friendly’ and ‘natural’, and suggested that those seeking to ban it were motivated by class war.

The letters were also highly revealing about government attitudes to the institution of monarchy. Charles’s demands were met with deference by the Labour leadership: Blair: ‘I always value and look forward to your views – but perhaps particularly on agricultural topics’. Labour Education Secretary, Charles Clarke, signed off: ‘I have the honour to be, Sir, Your Royal Highness’s most humble and obedient servant’. Andy Burnham was eager to get Charles on board with policy discussions when he became Health Secretary in 2009. ‘I would be delighted to meet with you at Clarence House at your convenience to discuss this and other topics of interest to us both’, adding in his own hand: ‘I have the honour to remain, Sir, your Royal Highness’s most humble and obedient servant’. Yvette Cooper as Housing Minister was another that responded obsequiously to Charles: ‘I am strongly of the view that the prince’s foundation should play a significant role in encouraging and advising on the design elements of eco towns, drawing on its well-established expertise and experience’.

All in all, whatever are we doing? A monarchy belongs exclusively in fairy tales or the Middle Ages, not 21st Century Britain. But, surely even the most ardent Royalists must feel embarrassed at the prospect of this clown being head of state?

So far the reactions to the death of a 96 year old billionaire landlady with a penchant for protecting nonces and a nostalgia for racist...